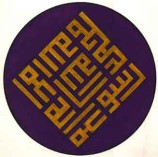 FOUNDED: Islam began about 1,400 years ago in present-day Saudi Arabia.

MAJOR SCRIPTURES:The Koran, Islam's revealed scripture, and the Hadith, the teachings, sayings and life of the Prophet Mohammed.

Islam as a Way of Life

The word Islam is derived from an Arabic root word that means submission and peace.  Thus Muslims achieve peace by submitting to the Will of God.  Muslims do not view Islam as a new religion.  They believe that it is the same faith taught by all the prophets of God, including, Abraham, David, Moses, and Jesus.  They also believe that Islam formalizes and clarifies the true faith in the one God and purifies it by removing ideas that were added in error.  It is called a Deen, which is more than a religion, because it is a way of life based on universal values.

The basic beliefs of Muslims (or elements of faith called Arkan al Iman) are:

1. Belief in One God Almighty as the Creator and Sustainer of the universe

4. Belief that the Books of God are divine revelations (e.g., the Torah, the Gospel, the Qur’an)

5. Belief in the Day of Judgment (for accountability to God)

6. Belief in the Absolute Power of God (Qadr, which should not be confused with pre-destination)

The practical duties of all Muslims, known as the Five Pillars of Islam (called Arkan al Islam), consist of:

1. Shahadah, Declaration of Faith: There is no god but God and Muhammad is His Messenger.

2. Salah (prayer), five times a day while facing the Ka’bah; Jummu’a congregational prayer is on Friday.

3. Zakat, i.e., regular mandatory donation to charity equal to 2.5% of one’s accumulated wealth over and above one’s needs, with additional optional donations to the needy known as sadaqa, in any amount.

4. Fasting for 30 days from dawn to sunset during the month of Ramadan during which the Prophet Muhammad began to receive the Qur'an from Allah. No food or drink or conjugal relations while fasting.

5. Hajj or pilgrimage to Makkah in Saudi Arabia at least once in one’s life, if one can afford it financially and can perform the Hajj rituals physically.  With all men required to dress in two unstiched pieces of white cloth while performing the ritual circumambulation of the ka’bah, the Hajj represents the most  powerful symbol of equality in Islam, an experience that transformed Malcolm X and moved the entire African American Muslim community into mainstream followers of Islam.

A Muslim can achieve perfection in faith by being steadfast in the six beliefs, observing the five pillars regularly, and worshipping God with such devotion that even if you cannot see God, you must believe the He sees you.