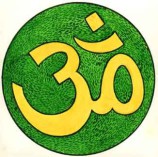 Hindu Dharma, or Hinduism, is the faith based tradition of over one billion Hindus, who live in the Indian sub-continent, as well have large populations in many other countries through out the world. The original name of Hindu Dharma is Sanãtana Dharma, where “Sanatan” means "universal” and "Dharma" signifies both a belief system and a sense of "moral duty" at every stage of life that harmonizes social order in accordance with the cosmic order. The universal principles of Dharma guide human conduct and the social order to sustain human life in harmony with the nature.

Unlike other religions, Hindu Dharma did not originate from a single prophet, a single book, or at a single point in time. The foundations of this oldest religion of humanity were laid many thousands of years ago in India by ancient sages, who had realized God through their spiritual pursuits, and taught their disciples the eternal principles they had discovered. These sages did not want to be proclaimed the only messengers of God, thus establishing Dharma as a set of principles rather than persons or dogmas. These principles are laid down in Sanskrit scriptures that include four Vedas, 108 Upanishads (also called Vedanta), Ramayana (life story of Sri Rama), Mahabharat (the largest epic ever written), Bhagvad Gita (the Divine Song – i.e., the words of Sri Krishna) and  numerous other volumes in local Indian languages.

Hindu religious thought is based upon the belief in One Supreme (called Brahm), faith in the reality of the spirit (ãtman), and faith in the spiritual order of the universe. Through their spiritual experiences, the ancient sages discovered that there are many different ways to attain the the Supreme), based on the emotional, intellectual and spiritual development of the individual. Enormous diversity is thus an essential feature of the religious life of Hindus. This doctrine is expressed in the following revelation of the Rig Veda, the oldest Hindu scripture: "Ekam sat vipraha, bahudha vadanti." That is “Truth (the Supreme) is One, sages call It by various names”.